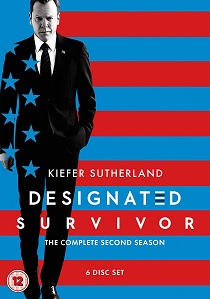 Following on from the thrilling first season - where lower-level cabinet minister and 'Designated Survivor' Tom Kirkman (Sutherland - 24), is suddenly appointed President of the United States, when a devastating attack on the US Capitol wipes out most of the government - we join the new leader one year into his presidency.

With the support of his devoted wife First Lady Alex Kirkman (Natascha McElhone - Californication), President Kirkman is starting to find his feet as the most powerful man in the world. The terrorists who took down the Capitol are still at large and the President will stop at nothing to bring justice to the people they killed, even if it means making personal sacrifices.

The POTUS must navigate the running of the country and the daily flow of crises inside the West Wing, from aeroplane hijackers and border disputes to negotiations with infamous warlords and virus outbreaks, with the help of his loyal staff. These are played by stellar returning cast including Adan Canto - (Narcos), Italia Ricci (Supergirl), Kal Penn (How I Met Your Mother) and Maggie Q (Nikita), who are joined by two new series regulars Paolo Costanzo (40 Days and 40 Nights), as Political Director Lyor Boone and Zoe McLellan (Dirty, Sexy Money), as White House Counsel Kendra Daynes.

This riveting series also features appearances from Hollywood favourite Michael J. Fox and 24 star Kim Raver as multi-episode guest stars and arrives on DVD, including all 22 gripping episodes and a host of brand new special features on 1st October 2018. 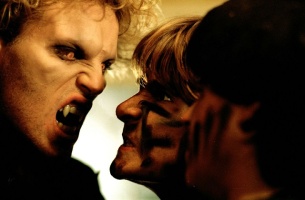 HotUHD
After moving to a new town, two brothers discover that the area is a haven for vampires as the classic The Lost Boys is released on 4K UHD 20th September 2022 from Warner Home Video. END_OF_DOCUMENT_TOKEN_TO_BE_REPLACED
Comments
BD Releases News Pick