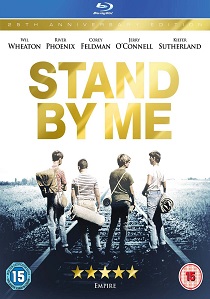 Sony Pictures Home Entertainment celebrates the 25th Anniversary of the defining coming-of-age story Stand By Me, with the release of an Anniversary Edition Blu-ray Disc on 8th August 2011.

Academy Award® Nominee for Best Adapted Screenplay (1986) and a Golden Globe® Nominee for both Best Picture (Drama, 1986) and Best Director (Rob Reiner, 1986), Stand By Me is a timeless story with a superb cast and beloved soundtrack that comes together to captivate fans of all generations.

Stand By Me features four young friends who find the remains of a missing teenager in a heartwarming adaptation of Stephen King's The Body. The film stars Kiefer Sutherland (24, The Lost Boys), Richard Dreyfuss (Jaws, Close Encounters of the Third Kind), Corey Feldman (The Goonies, The Lost Boys), River Phoenix (My Own Private Idaho, Indiana Jones and The Last Crusade), Jerry O'Connell (Jerry Maguire, Scream 2) and Wil Wheaton (Star Trek: The Next Generation).

Special features on the Blu-ray edition of Stand By Me captures a video reunion with Director Rob Reiner and Actors Wil Wheaton & Corey Feldman for the first time in 25 years as well as an audio commentary with Reiner, documentary featurette and a Stand By Me music video featuring River Phoenix and Wil Wheaton.

In a small woodsy Oregon town, a group of friends -- sensitive Gordie (Wil Wheaton), tough guy Chris (River Phoenix), flamboyant Teddy (Corey Feldman), and scaredy-cat Vern (Jerry O'Connell) -- are in search of a missing teenager's body. Wanting to be heroes in each other's and their hometown's eyes, they set out on an unforgettable two-day trek that turns into an odyssey of self-discovery. They sneak smokes, tell tall tales, cuss 'cause it's cool and band together when the going gets tough. When they encounter the town's knife-wielding hoods who are also after the body, the boys discover a strength they never knew they had. Stand By Me is a rare and special film about friendship and the indelible experiences of growing up. Filled with humour and suspense, Stand By Me is based on the novella 'The Body' by Stephen King. 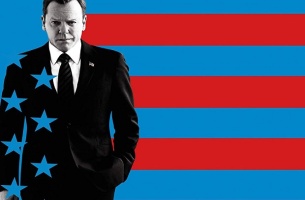