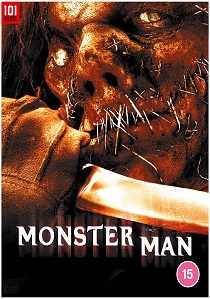 Monster trucks have gigantic wheels, carriages of steel, tons of horsepower and crush anything in their way. On desolate I-55 there is one monster truck that gives new meaning to the name. It's not just the truck that is monstrous. So is the driver.

When two college buddies driving cross-country stumble across the monster truck's path, they have much more than a bar full of amputee yokels to worry about!

DVD
The end of the line is only the beginning in a wild, non-stop thrill ride through modern-day Japan as Bullet Train is released on DVD, Blu-ray and 4K UHD 24th October 2022 from Sony Pictures Home Entertainment END_OF_DOCUMENT_TOKEN_TO_BE_REPLACED
Top PicksView