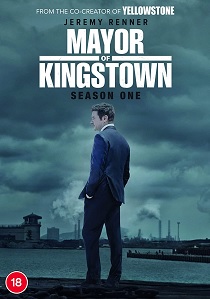 From Academy Award nominee Taylor Sheridan, co-creator of Yellowstone, and Hugh Dillon, Mayor of Kingstown follows the McLusky family - power brokers in Kingstown, Michigan, where the business of incarceration is the only thriving industry.

Tackling themes of systemic racism, corruption and inequality, the series provides a stark look at their attempt to bring order and justice to a town that has neither.

Mayor of Kingstown: Season 1 is released on DVD and Blu-ray 17th October 2022 from Paramount Home Entertainment. 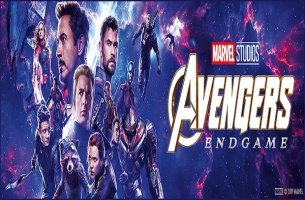 HotDVDBD3D-BDUHD
The grave course of events set in motion by Thanos that wiped out half the universe and fractured the Avengers ranks compels the remaining Avengers to take one final stand in Marvel Studios', Avengers: Endgame, released on DVD, Blu-ray, 3D Blu-ray and 4K-UHD 2nd September ... END_OF_DOCUMENT_TOKEN_TO_BE_REPLACED
Comments
BD Releases News Pick