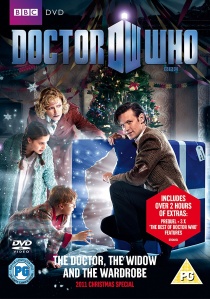 NewsMatt SmithBBCDoctor Who
News Article Go back to homepage
Catch the yuletide episode of the hugely popular Doctor Who series starring Matt Smith as the Doctor as The Doctor, The Widow and The Wardrobe is released on DVD and Blu-Ray on the 16th January 2012 from 2entertain.
Matt Smith, Claire Skinner, Bill Bailey, Arabella Weir, Alexander Armstrong
2entertain
1 hour 0 minutes
16/01/2012
Thank you for supporting DVD365.net when you order using the link(s) below. As an Amazon Associate we earn from qualifying purchases
Buy DVD
Buy BD
Information

Join Matt Smith in the emotional festive special, packed full of Christmas thrills and chills when The Doctor, The Widow and The Wardrobe is released on DVD and Blu-Ray on the 16th January 2012 from 2entertain.

Set during World War II, Madge Arwell receives tragic news that her husband Reg has died in combat. Unable to break the news to her two children, Cyril and Lily, she takes them away to a country home for Christmas. But there's something familiar about the caretaker - a man with a bow tie who seems to bring Christmas spirit and other strange things with him.

Most exciting of all there's a big blue box sitting under the Christmas tree, but is it really a present or a gateway to a magical, mysterious adventure...

Re-live Christmas the Doctor Who Christmas Special 2011 with The Doctor, The Widow and The Wardrobe from the 16th January 2012. 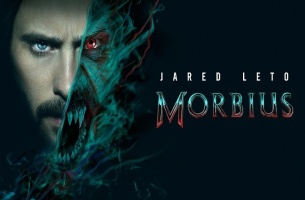 HotDVDBDUHD
One of the most compelling and conflicted characters in Sony Pictures Universe of Marvel Characters comes to the big screen as Jared Leto transforms into the antihero Michael Morbius as Morbius is released on 4K Ultra HD, Blu-ray and DVD 27th June ... END_OF_DOCUMENT_TOKEN_TO_BE_REPLACED
Comments
Hot Pick

HotDVDBD
An impending apocalypse raises the stakes and shatters the boundaries of time and space in Marvel's Agents of S.H.I.E.L.D. - The Complete Fifth Season, arriving on DVD and Blu-ray 1st October 2018 from Walt Disney Home Entertainment. END_OF_DOCUMENT_TOKEN_TO_BE_REPLACED
Top PicksView