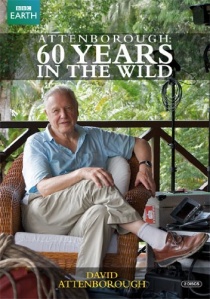 News
News Article Go back to homepage
Revealing how documenting the natural world has changed during the 60 year career of Sir David Attenborough, BBC Worldwide bring Attenborough: 60 Years in The Wild onto DVD, Blu-Ray and UV from 3rd December 2012.
David Attenborough
2entertain
Unknown
03/12/2012
Thank you for supporting DVD365.net when you order using the link(s) below. As an Amazon Associate we earn from qualifying purchases
Buy DVD
Buy BD
Information

BBC Worldwide bring Attenborough: 60 Years in The Wild onto DVD, Blu-Ray and UV from 3rd December 2012. Three spectacular films revealing how documenting the natural world has changed during the 60 year career of one of the most important naturalists of the last century, Sir David Attenborough.

Richly illustrated with sequences he has spent 60 years capturing and packed with personal anecdotes, Attenborough: 60 Years in The Wild includes footage from The Trials of Life, Life on Earth and The Living Planet, plus behind the scenes extras from the series and a tribute from talkshow host - Sir Michael Parkinson.

Both DVD and Blu-Ray release come with added UltraViolet (UV) technology, giving you a free digital copy of the programme which can be redeemed and accessed via an array of devices including computers, tablets and smartphones, making this the perfect gift to celebrate Attenborough's life's work.

In The Trials of Life: Capturing Behaviour, Attenborough turns to his long-running, landmark Life series to show how remarkable advancements in wildlife filming techniques have transformed our perception of the animal kingdom. Aerial filming revealed the unique hunt strategy of hunting dogs, sped-up time-lapse photography revealed that plants have a life and behaviour of their own, while endoscope lenses uncovered the secrets of an army ant nest.

Life on Earth: The Secrets of Evolution revisits sequences from his very earliest broadcasts to his most recent, illustrating how each breakthrough in biodiversity, genetics and evolutionary biology, have transformed the way we understand the living world - DNA was discovered the year after Attenborough's first film was made, totally changing the way evolution was understood.

The final episode, The Living Planet: Our Fragile World, explores the threats now facing the natural world. Travelling back to the locations of his early series, Attenborough demonstrates the degree to which the wild world has shrunk in only a few decades.

BD
A 13-year-old girl named Meilin turns into a giant red panda whenever she gets too excited in Disney and Pixar's 25th feature film Turning Red, released on DVD, Blu-ray and 4K UHD 2nd May 2022 from Walt Disney Home ... END_OF_DOCUMENT_TOKEN_TO_BE_REPLACED
Top PicksView