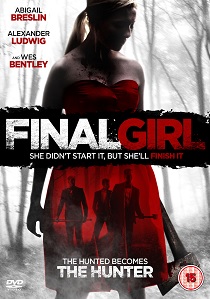 The Hunger Games meets Kick-Ass in this nightmarish story of survival as Final Girl arrives DVD on the 7th September 2015 courtesy of Arrow Films.

When four boys lure Veronica (Abigail Breslin) into the woods, they reveal she is the latest victim in their brutal tradition of hunting and killing girls.

But as the hunt begins, the boys discover Veronica's no ordinary prey. In fact, she's been training for this moment since she was a little girl, and she's about to turn the hunters into the hunted...

First time feature director Tyler Shields has created something entirely new and different with Final Girl - a nightmarish, dystopian vision that trades on both the horror and action genres. Balancing surreal visuals with uneasy tension, it's gripping stuff from its mysterious beginning to the hard-hitting climax.

With a cast of up-and-coming talent, its stylised production, and unique twist on the fight-for-survival, Final Girl is one of this year's must-see films! 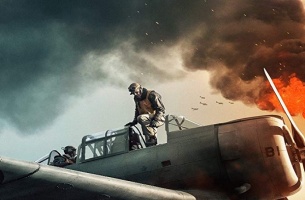 HotDVDBDUHD
Midway, released on DVD, Blu-ray and 4K UHD 9th March 2020 from Lionsgate Home Entertainment, is the story of the Battle of Midway, told through the experiences of the WWII leaders and sailors who fought it. END_OF_DOCUMENT_TOKEN_TO_BE_REPLACED
Comments
UHD Releases News Pick

UHD
An expert cutter must outwit a dangerous group of mobsters in order to survive a fateful night in The Outfit, released 1st August 2022 on DVD, Blu-ray and 4K UHD from Dazzler Media. END_OF_DOCUMENT_TOKEN_TO_BE_REPLACED
Top PicksView