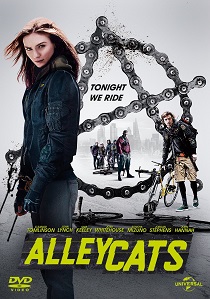 NewsActionAdventure
News Article Go back to homepage
Alleycats, released on DVD and Blu-ray by Universal Pictures (UK) on 29th August 2016, is an action-packed, stylish film with a pumping soundtrack that will show a side to London that you have never seen before.
Josh Whitehouse, Eleanor Tomlinson, John Hannah, Sonoya Mizuno, Sam Keeley, Camilla Rutherford
Ian Bonhôte
Andee Ryder
Universal Pictures (UK)
1 hour 41 minutes
29/08/2016
#Alleycats
Thank you for supporting DVD365.net when you order using the link(s) below. As an Amazon Associate we earn from qualifying purchases
Buy DVD
Buy BD
Information

Alleycats, released on DVD and Blu-ray by Universal Pictures (UK) on 29th August 2016, is the first feature film from acclaimed Director Ian Bonhote. It is a high-octane, action/thriller set in London against the backdrop of the cut-throat world of illegal bike racing.

When London bike courier Chris (Josh Whitehouse) witnesses what looks like a murder at the home of a shady MP, his first instinct is to flee the scene. However, after his curiosity leads him to pursue the matter, he soon finds himself the target of corrupt forces looking to cover up the killing. On the run and in desperate need of help, Chris must rely on his sister Danni (Eleanor Tomlinson) and the rest of his bike racing crew to get him out of trouble.

Alleycats is an independent feature film which was part funded via Kick Starter. 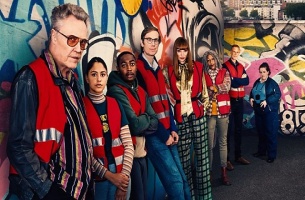