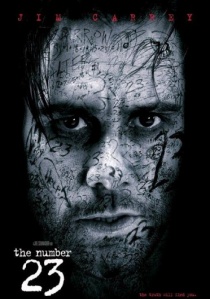 NewsThrillerJim Carrey
News Article Go back to homepage
The Number 23, released by Entertainment In Video on rental and retail DVD on 23rd July 2007, stars the brilliant Jim Carrey as Walter Sparrow, a man whose life spirals out of control when the chilling murders in a mysterious novel begin to parallel his own life, leading him into a dark world of uncontrollable paranoia.
Rhona Mitra, Lynn Collins, Danny Huston, Logan Lerman, Virginia Madsen, Jim Carrey
Joel Schumacher
Linda Fields, Toby Emmerich, Mike Drake, Richard Brener
Entertainment in Video
1 hour 38 minutes
23/07/2007
Thank you for supporting DVD365.net when you order using the link(s) below. As an Amazon Associate we earn from qualifying purchases
Buy DVD
Information

The Number 23 stars the brilliant Jim Carrey (Bruce Almighty, The Truman Show, Dumb & Dumber, The Mask) as Walter Sparrow, a man whose life spirals out of control when the chilling murders in a mysterious novel begin to parallel his own life, leading him into a dark world of uncontrollable paranoia. Having taken nearly £4 million at the UK box office, this fascinating psychological thriller is to be released by Entertainment In Video on rental and retail DVD on 23rd July 2007.

The nightmare begins when Agatha Sparrow (Madsen) gives her mild-mannered dogcatcher husband Walter (Carrey) a copy of an obscure book called The Number 23. Reading it, Walter starts to believe that this isn't just any story - it's his story. The book contains too many coincidences - all of which revolve around the number 23 - for this to be chance.

Rattled by the countless similarities between Fingerling, the degenerate main character, and himself, an obsessed Walter starts to lose his grip on reality. And when Fingerling commits an unspeakable act, Walter is terrified that he is destined to follow the same twisted path

As his once idyllic life descends into an inferno of psychological torture, so Walter is forced to unlock the secrets of his past before he can continue his future with his wife and son.

Related Articles
All I See Is You, Frankenstein, Pressure, Big Eyes, The Congress, Stolen, Hitchcock, Edge Of Darkness, X-Men Origins: Wolverine, How To Lose Friends and Alienate People, Stan & Ollie, The Proposition
Electric Dreams, Joy, Once More, Sideways, Sideways, Candyman, Swamp Thing, Dune, Candyman: Limited Edition
Hard Target 2, The Last Ship: Season 1, Shooter, Ali G Indahouse, Archive, Shooter
Dumb and Dumber To, Mr. Popper's Penguins, A Christmas Carol, Yes Man, Horton Hears a Who!, Dark Crimes, A Series of Unfortunate Events, Batman Forever, Dumb and Dumber, Earth Girls are Easy, Eternal Sunshine of the Spotless Mind, The Mask, Me, Myself and Irene, Truman Show, Sonic The Hedgehog
The Perks of Being a Wallflower, Fury, Noah, Percy Jackson: Sea Of Monsters, Stuck In Love, The Perks of Being a Wallflower, My One and Only, Percy Jackson and the Lightning Thief, Gamer, The Butterfly Effect: The Director's Cut, Shirley
Abandoned, John Carter, X-Men Origins: Wolverine, Numb
Trespass, Tigerland
For your consideration 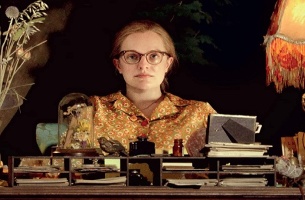