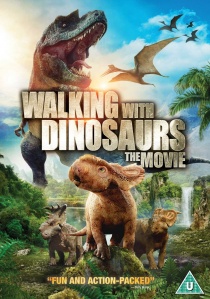 Walking with Dinosaurs The Movie (2013)

Welcome to the world of dinosaurs! The awe-inspiring adventure 70 years in the making - Walking with Dinosaurs The Movie - is stomping to Digital HD, Blu-ray and DVD on 14th April 2014 courtesy of Twentieth Century Fox Home Entertainment.

Experience the spectacular story that brings dinosaurs to life and the viewer back in time. Directed by Barry Cook (Mulan, Arthur Christmas) and Neil Nightingale (Meerkats: The Movie) Walking With Dinosaurs The Movie features heart-warming performances from an incredible ensemble of Hollywood's biggest stars including John Leguizamo (Ice Age, Rio 2) and Justin Long (Alvin and the Chipmunks).

Dino fans of all ages will be "herding" to get their own copy that is filled with immersive special features including:

The gigantic voice talents of Justin Long (Alvin and the Chipmunks franchise) and John Leguizamo (Ice Age franchise) take you on a thrilling prehistoric journey the whole family will enjoy! In a time when dinosaurs rule the Earth, the smallest of the pack - a playful Pachyrhinosaurus named Patchi - embarks on the biggest adventure of his life. As he tries to find his place in a spectacular world filled with fun-loving friends and a few dangerous foes, Patchi will discover the courage he needs to become the leader of the herd... and a hero for the ages. 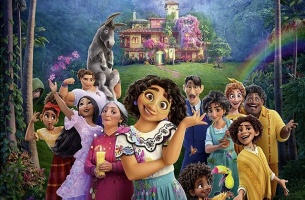 HotDVDBDUHD
Encanto, released on DVD, Blu-ray and 4K UHD 7th February 2022 from Walt Disney Home Entertainment, tells the tale of an extraordinary family who live hidden in the mountains of Colombia, in a magical house, in a vibrant town, in a wondrous, charmed place called an Encanto. END_OF_DOCUMENT_TOKEN_TO_BE_REPLACED
Comments
Hot Pick