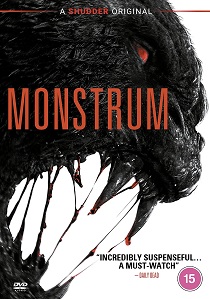 A creature feature merging martial arts madness with fantastic folklore, Monstrum is brimming with warrior action, cinematic beauty - and of course - a giant furry monster. Helmed by South Korean director and co-writer, Huh Jong-ho, Monstrum is set for its UK Blu-ray debut and on digital on 4th October 2021 and on DVD 11th October 2021 from Acorn Media International in conjunction with Shudder.

16th Century South Korea: The plague terrorises villagers and fear runs rampant in the streets. When rumours of a fabled and ferocious beast roaming Mount Inwangsan begin to spread, fear soon turns to panic. To quell the rising terror, King Jungjong (Hee-soon Park - The Scam) brings his most trusted general, Yoon-gyeom (Myung-Min Kim - Six Flying Dragons) back from retirement to hunt the monstrous Monstrum - which threatens both palace and people.

More than a simple tale of man versus beast, Monstrum considers the origins of myths and murderous monsters. Is the creature real... or a figment of mass imagination?

HotUHD
A decade-defining classic from the imagination of Steven Spielberg and Chris Columbus, celebrating its 35 year anniversary, The Goonies is released on 4K UHD 31st August 2020 from Warner Home Video. END_OF_DOCUMENT_TOKEN_TO_BE_REPLACED
Top PicksView