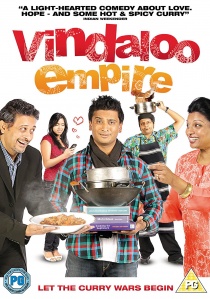 Vindaloo Empire tells the story of Sid, a young man from Delhi who emigrates to Auckland with his parents. Upon arriving in New Zealand, he discovers he's no longer as popular as he was back home and reckons he knows why; his lack of motorbike. While his parents think he is concentrating on his engineering studies, Sid is secretly at work in a struggling restaurant, saving for the motorbike.

But with the opportunity to win the first Auckland Metro Cooking Competition and his burgeoning relationship with fellow restaurant worker Mary, Sid discovers he might not have had it all figured out after all.

HotUHD
A decade-defining classic from the imagination of Steven Spielberg and Chris Columbus, celebrating its 35 year anniversary, The Goonies is released on 4K UHD 31st August 2020 from Warner Home Video. END_OF_DOCUMENT_TOKEN_TO_BE_REPLACED
Top PicksView