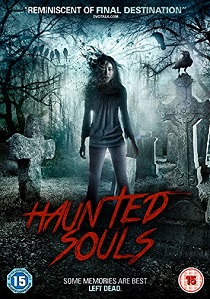 It's graduation weekend and Sandy Channing, the popular class president of her small-town American high school, should be enjoying the time of her life.

But when her friends start disappearing after a high spirited graveyard séance session, Sandy discovers they have unwittingly awakened the vengeful spirit of a girl they wronged long ago. Fighting for her own sanity, Sandy must find a way to stop the evil entity and end its reign of terror before it takes its bloody revenge on her!