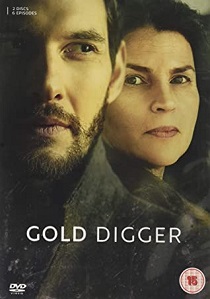 Not everything is as it seems in tense thriller Gold Digger - starring Primetime Emmy® winner Julia Ormond (Mad Men) - making her British television debut in a lead role - and Ben Barnes (Westworld, The Punisher). The story focuses on a wealthy woman who falls in love with a much younger man and the impact this has on her already damaged family.

Mother first, wife second and woman last, 60-year-old Julia (Ormond) has spent her whole life putting the needs of others before her own. Then she meets Benjamin (Barnes), a handsome 30-something copywriter with a shrouded history. Aware of their mother's wealth, Ben's intentions are immediately put into question by Julia's own children. As the drama unfolds, the consequences of their relationship are explored, as devastating secrets from the past tear the family's fragile bonds further apart.

Has Julia finally found the happiness she's always deserved? Or is the complex and enigmatic Benjamin really the gold digger her family think he is?

Related Articles
A Very English Scandal, Denial, The Halcyon, The Lady in the Van, Silk: Series 3, Trap For Cinderella, The Queen: Diamond Edition, The Queen, Unforgotten: Series 3, Small Axe, This Is Going To Hurt
Hard Sun, Old
Seventh Son, Love Me Like You Do, Killing Bono, The Chronicles of Narnia: The Voyage of the Dawn Treader
Witches of East End: Season 1, Chained, My Week with Marilyn, I Know Who Killed Me, Reunion, The Walking Dead: World Beyond
Downton Abbey: Series 6, The Crimson Field, Downton Abbey: Series 4, Whitechapel: Series 3, Whitechapel: Series 2, Domina: Season 1
Atlantis: Series 2, Part 1, Atlantis
Thirteen
Anonymous
For your consideration 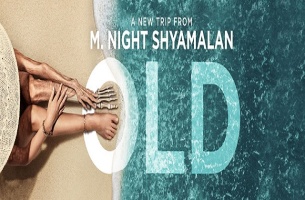 HotDVDBDUHD
Take a thrilling trip from the mind behind The Sixth Sense, Signs and Split in M. Night Shyamalan's Old, available to own on 4K Ultra HD, Blu-ray and DVD on 25th October 2021 from Universal Pictures (UK). END_OF_DOCUMENT_TOKEN_TO_BE_REPLACED
Comments
DVD Releases News Pick