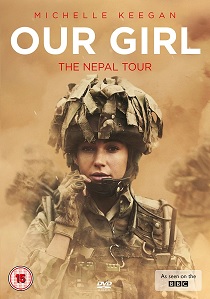 Michelle Keegan reports back for duty as Corporal Georgie Lane as hit BBC drama Our Girl returns for the first in a series of three tours of duty. The series is set to arrive on DVD as Our Girl: The Nepal Tour alongside Our Girl: The Complete Collection (Featuring Series One, Two and The Nepal Tour), courtesy of Acorn Media International on 13th November 2017.

One of the most successful primetime dramas on BBC One, this powerful series charts the gripping highs and lows of eponymous heroine Georgie Lane played by Coronation Street favourite Michelle Keegan (Ordinary Lies). A Stockport-born medic in the British Army, she is a hugely popular and respected member of the close-knit Two Section who undertake missions, both combat and humanitarian all over the world.

In this enthralling four-part tour of duty, Georgie has been flown out to Nepal to provide humanitarian support following a massive earthquake. Under the watchful eye of Captain James played by Ben Aldridge (Fleabag), she is tasked with coordinating medical facilities while mentoring Maisie (Shalom Brune-Franklin - Doctor, Doctor), a reckless young recruit, and liaising with Milan (Rudi Dharmalingam - Rellik), a local engineer. The aftershocks of the earthquake are nothing compared to the tremors she feels when she runs into Elvis (Luke Pasqualino - The Musketeers), or the unexpected feelings she soon develops for Milan.

But alongside their immediate duties, Georgie and Two Section swiftly find themselves on a different and more challenging mission as they stumble across a case of child-trafficking. This soon leads them into conflict with a dangerous criminal gang and a crime boss who rules in a world where no one can be trusted and any move can be deadly. 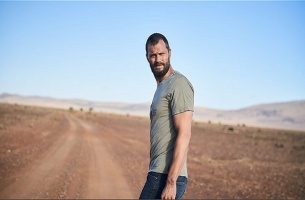 HotDVDBDTV
Hurt, alive, but no idea who he is. Lost in the Australian outback, he's running from a past he can't remember - and someone wants him dead. Jamie Dornan stars in The Tourist, released on DVD and Blu-ray 14th March 2022 from Dazzler Media. END_OF_DOCUMENT_TOKEN_TO_BE_REPLACED
Comments
UHD Releases News Pick

UHD
An expert cutter must outwit a dangerous group of mobsters in order to survive a fateful night in The Outfit, released 1st August 2022 on DVD, Blu-ray and 4K UHD from Dazzler Media. END_OF_DOCUMENT_TOKEN_TO_BE_REPLACED
Top PicksView