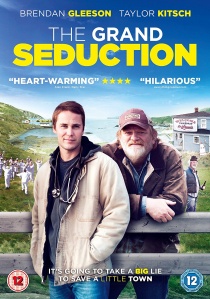 NewsComedy
News Article Go back to homepage
Brendan Gleeson leads the cast in The Grand Seduction, released on DVD on 5th January 2015 courtesy of Entertainment One, in the laugh-out-loud story about a town of misfits who must charm a doctor to stay in their village.
Liane Balaban, Cathy Jones, Brendan Gleeson, Crystal Dawn Parsons, Sean Panting, Percy Hynes White
Don McKellar
Jeff Sackman, Roger Frappier, Barbara Doran, Jean-Marie Comeau
Entertainment One
1 hour 53 minutes
05/01/2015
#TheGrandSeduction
Thank you for supporting DVD365.net when you order using the link(s) below. As an Amazon Associate we earn from qualifying purchases
Buy DVD
Information

"Calvary" and "The Guard" star Brendan Gleeson leads the cast in The Grand Seduction, the laugh-out-loud story about a town of misfits who must charm doctor Paul Lewis (Taylor Kitsch in a breakout comedy role) to stay in their village in order to secure a business deal that will see them all get their jobs back.

The mayor of a small fishing village which has fallen upon hard times comes up with a radical plan to rejuvenate the community... entice a giant corporation to build their new factory in the village. But there's just one problem - in order to qualify, they must have a doctor in residence, which they don't have...

When unlikely candidate and big city doctor Paul Lewis (Kitsch; Lone Survivor, True Detective Season 2) lands in their lap for a trial residence they believe their prayers have been answered, and hilarity ensues as the villagers rally together to charm him into staying.

The Grand Seduction is released on DVD on 5th January 2015 courtesy of Entertainment One and is Directed by Don McKellar (Last Night) and stars Brendan Gleeson (Calvary, The Guard, In Bruges), Taylor Kitsch (Lone Survivor, True Detective Season 2), Liane Balaban (Maniac, Supernatural) and Gordon Pinset (The Shipping News, Away From Her).

Related Articles
Paddington 2, Dark Blue, Paddington 2, Hampstead, Alone in Berlin, Trespass Against Us, Live by Night, In the Heart of the Sea, Suffragette, Song of the Sea, Stonehearst Asylum, Live Die Repeat: Edge of Tomorrow, Calvary, The Smurfs 2, Black Irish, The Raven, Safe House, The Guard, The Secret of Kells, Harry Potter and the Order of the Phoenix, 28 Days Later, The Kingdom of Heaven: Special Edition, Mission Impossible 2, In Bruges, Edge Of Tomorrow
Last Chance Harvey
For your consideration 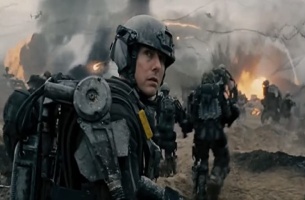