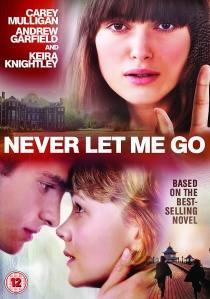 As children, they are slowly introduced to the dark and haunting secret about the fate that awaits them as adults... and when they leave the shelter of the school behind, they are forced to confront reality as well as the deep feelings of love, loss and jealousy that threaten to pull them apart.

From acclaimed director Mark Romanek (One Hour Photo), and adapted for the screen by Alex Garland (The Beach, 28 Days Later), Never Let Me Go was nominated for an astonishing six British Independent Film Awards.

Don't miss this powerful, heartrending film on Blu-ray and DVD this summer.

BD
Say the 'B' word three times and have a wonderful Day-O as Tim Burton's Beetlejuice arrives for the first time on 4K UHD 31st August 2020 from Warner Home Video. END_OF_DOCUMENT_TOKEN_TO_BE_REPLACED
Hot PicksView