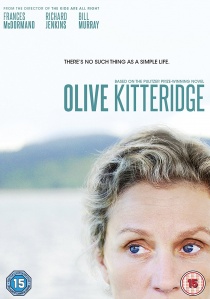 Based on Elizabeth Strout's Pulitzer Prize-winning novel of the same name and directed by Academy Award® nominated Lisa Cholodenko (The Kids Are All Right, Laurel Canyons), the critically acclaimed four-part HBO Miniseries, Olive Kitteridge, is available to buy on Blu-ray and DVD on 9th February 2015 courtesy of HBO Home Entertainment.

The story, which spans 25 years, focuses on her relationships with her husband, Henry (Jenkins), the good-hearted and kindly town pharmacist and their son, Christopher (John Gallagher Jr; The Newsroom), who resents his mother's approach to parenting; and other members of their community.

BD
From the acclaimed director of fan-favourites such as Baby Driver, Shaun of the Dead and The World's End comes the tribute to 1960s London in Last Night In Soho, available to own on DVD, Blu-ray and 4K UHD 31st January 2022 ... END_OF_DOCUMENT_TOKEN_TO_BE_REPLACED
Top PicksView