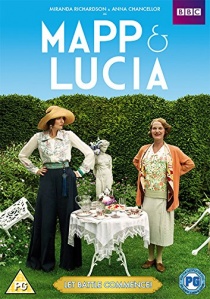 BBC One's adaptation of E.F. Benson's classic novel Mapp & Lucia will make the perfect comedy viewing in the New Year. It will be released on BBC DVD on 5th January 2015 following its run on BBC One over the Christmas period and is available to pre-order now.

Mapp & Lucia puts the 'class' in classic with an all-star cast, featuring Miranda Richardson (Parade's End, Harry Potter, Blackadder), Anna Chancellor (Fleming: The Man Who Would Be Bond, The Hour, Four Weddings and a Funeral), Mark Gatiss (Sherlock, Game Of Thrones, A League of Gentlemen), Paul Ritter (Friday Night Dinner, Quantum of Solace) and Steve Pemberton (Happy Valley, Inside No 9, A League of Gentlemen).

The exquisite three-part series, written by and starring Steve Pemberton, takes place among the feathers and flair of the 1930's. At first all seems calm in the extraordinarily quaint Queen Anne village of Tilling but among the gorgeous settings of lavish gardens and sun-drenched streets, its eccentric inhabitants exist in a world seething with gossip, faddishness and petty one-upmanship, while Miss Elizabeth Mapp reigns supreme over them all.

Miss Mapp is about to welcome a new tenant into her beloved abode. Mrs Emmeline Lucas, known to her friends as Lucia, has decided to reside in Tilling, creating all sorts of excitement for Mapp as she can happily parade her around town as other residents look on in awe.

But this elation is short-lived as Lucia is every bit the snob that Mapp is and though her talents couldn't be said to come entirely naturally, Lucia is an expert at boldly steering the pack. A social rivalry unfolds between the two leading ladies as it's not long before the eager residents of Tilling flock to Lucia's banner, leaving Mapp out in the cold.

While trying to maintain her ever-so-pristine image, a scheming Mapp is left to plot her revenge and so begins a series of delicious battles over bridge parties and garden fetes as the two fiery females attempt to be victorious in their battle for supremacy.

Be warned, this is no jolly period romp. Let the carnage begin and may the worst-behaved woman win! 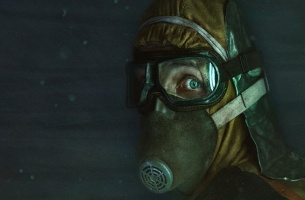