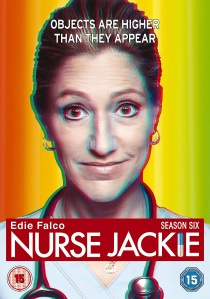 The twisted and darkly funny Nurse Jackie returns for a sixth season with 12 brand new episodes. The multi-award nominated comedy drama follows Jackie Peyton (Falco) as she realises sobriety is the ultimate cover for getting high, and now she's saving lives at work, taking care of her kids, and her boyfriend is loving the new her. She's got everyone fooled, but what goes up must come down.