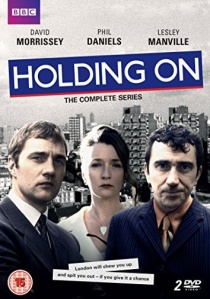 After a brutal murder a group of Londoners struggle for survival in the BAFTA and RTS award-winning BBC crime drama, Holding On (1997), starring David Morrissey (The Walking Dead) and Phil Daniels (Quadrophenia). Holding On - The Complete Series comes to DVD on 9th November 2015 courtesy of Simply Media.

After a beautiful young woman is found brutally murdered, a diverse group of Londoners, connected to her in some way, are all forced to confront the way they live their lives. While some make the choice to fight injustice, others begin to sink even further into despair and degradation.

Just as relevant now as it was in the 90s, Holding On is a compelling, gritty portrait of London in the early 1990s, and follows the interconnected lives of several characters under the strain of drugs, corruption and racism.

Starkly contemporary, fast-paced, unsentimental, and often funny, this eight-part multi-layered series from 1997 is written by Tony Marchant (Garrow's Law) and also stars Ace Bhatti (Bend It Like Beckham), Ellen Thomas (Mount Pleasant) and Diane Parish (Lovejoy) all known for their roles in Eastenders, alongside Saira Todd (Queer as Folk) and Lesley Manville (Mayday).

London will chew you up and spit you out - if you give it a chance. 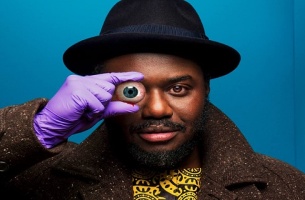 HotDVDBDTV
Released on DVD and Blu-ray 14th March 2022 from Dazzler Media, from the makers of Shameless and No Offence comes Wolfe, a new drama which follows the life of Forensic Pathologist, Professor Wolfe Kinteh. END_OF_DOCUMENT_TOKEN_TO_BE_REPLACED
Comments
UHD Releases News Pick

UHD
Fast forward to the 1980s as Wonder Woman's next big screen adventure finds her facing a wide array of foes including Max Lord and The Cheetah as Wonder Woman 1984 flies in on Blu-ray and 4K UHD 22nd March 2021 from Warner ... END_OF_DOCUMENT_TOKEN_TO_BE_REPLACED
Top PicksView