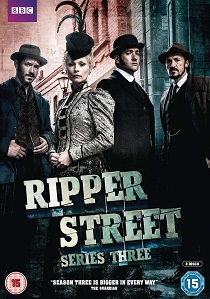 Picking up in 1894, four years after the culmination of series two, the installment reveals a vivid and sensual descent into the lives of the men and women who must live on the violent streets of Whitechapel in late Victorian London.

Four years have passed since Reid bade for Drake to end the life of Jedediah Shine. The crime-fighting axis of Reid, Drake and Jackson has split and they have become isolated from one another. Drake left London for Manchester to become the policeman - and man - he felt he could no longer be in Whitechapel. Jackson has reverted to the man Reid plucked out of the Tenter Street brothel, a two-penny, sawbones, clap-doctor. And Reid has succumbed to his own shame and isolation, policing Whitechapel with a level of forensic detail and dedication that leads Chief Inspector Fred Abberline to fear for his old friend's mental well-being.

While, Long Susan has made good on her threats to both Captain Jackson and the dying Silas Dugan - she has separated from her husband, taken command of Duggan's criminal empire and turned it into a legitimate property empire of huge philanthropic ambition. But such aspirations are costly, as her loyal but scheming solicitor Ronald Capshaw knows only too well.

All these resentments, fears and ambitions are soon forgotten, however, as the robbery of a goods train leads to a cataclysmic locomotive disaster on Leman Street, reuniting the men and their resentments to seek its cause.

The third season of Ripper Street was filmed in Manchester, Loughborough and Dublin and is produced by Tiger Aspect Productions and Lookout Point. The series is co-produced by BBC America and Amazon Prime Instant Video, and distributed by BBC Worldwide. 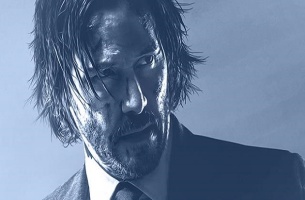 HotDVDBDUHD
Released on DVD, Blu-ray and 4K UHD 16th September 2019 from Lionsgate Home Entertainment, super-assassin John Wick is back and on the run after killing a member of the international assassin's guild, and with a $14 million price tag on his head - he is the target of hit men ... END_OF_DOCUMENT_TOKEN_TO_BE_REPLACED
Comments
Hot Pick