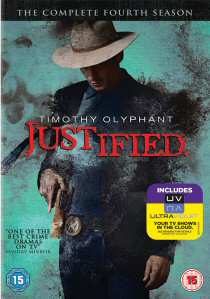 The renegade style of justice is back when Justified: The Complete Third Season is released on DVD on 25th February 2013 from Sony Pictures Home Entertainment. The modern-day, gun-slinging police drama stars Timothy Olyphant (TV's Deadwood) as the rugged, old-school U.S. Marshal Raylan Givens, along with Walton Goggins (TV's The Shield) as career criminal Boyd Crowder. The season guest stars Jeremy Davies in his Emmy®-winning role as Dickie Bennett (Outstanding Guest Actor in a Drama Series, 2012).

Arriving on DVD the three-disc set comes with all 13 episodes, deleted scenes, outtakes, cast and crew commentary on nine episodes and three all-new featurettes that focus on the making of season three, the stunts and a tour of Nobles Holler.

In the non-stop, gun-slinging third season of the highly acclaimed hit series, Deputy US Marshal Raylan Givens (Timothy Olyphant) must wield his brand of renegade justice against modern crime like never before. Surrounded by dirty politicians, drug cartels, murder frames, hidden fortunes and multiple criminal forces warring for control - including archenemies Boyd Crowder (Walton Goggins, The Shield) and Dickie Bennett (Jeremy Davies in his Emmy®-winning role), a mystery man named "Limehouse", a lethal mob enforcer newly arrived from the Motor City and in a final shocking showdown, his own father - Givens finds himself in everyone's cross hairs. 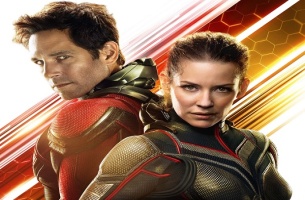 UHD
Disney and Pixar's original feature film Luca, released on DVD, Blu-ray and 4K UHD on 23rd August 2021, is a fun and heartwarming story about friendship, stepping out of your comfort zone and two teenage sea monsters who ... END_OF_DOCUMENT_TOKEN_TO_BE_REPLACED
Top PicksView