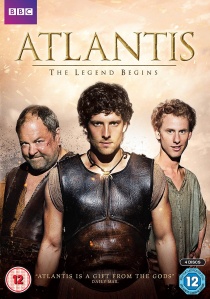 BBC One's new action packed series Atlantis brings to life the vast store of Ancient Greek myths and legends, re-imagined for a new generation. Starring Mark Addy (Game Of Thrones, The Full Monty), Jack Donnelly (Misfits) and Robert Emms (Kick Ass) as the unlikely but engaging trio Hercules, Jason and Pythagoras, Atlantis will be available to own on BBC DVD and Blu-ray from 10th February 2014 and extras will include exclusive Behind The Scenes footage.

Recently recommissioned for a second series following its successful launch on Saturday nights on BBC One in Autumn 2013, Atlantis begins with Jason washed up on the shores of an ancient land, far from home and desperate for answers. A mysterious place; a world of bull leaping, of snake haired goddesses and palaces so vast it was said they were built by giants - Jason finds himself in the city of Atlantis.

But under the surface of this enticing place is a dark and simmering past, a complicated web of treachery and deceit, with which Jason himself seems inexplicably bound. He soon finds himself embroiled in a perilous game of politics and power from which there is no escape.

Aided by the studious young Pythagoras and the overweight, overbearing Hercules, Jason embarks on a voyage of discovery and salvation which sees him brush shoulders with Medusa, come face to face with the Minotaur and even do battle with the dead.

Atlantis, a treasure trove of extraordinary tales told in a thrilling and unexpected way, will be available to own on BBC DVD and Blu-ray from 10th February 2014. 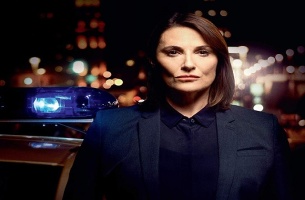 BD
In a touching black and white film directed by Mike Mills, starring Joaquin Phoenix, C'mon C'mon, released on DVD and Blu-ray 28th February 2022 from Entertainment in Video, explores family, grief, and the bonds that bring us ... END_OF_DOCUMENT_TOKEN_TO_BE_REPLACED
Top PicksView