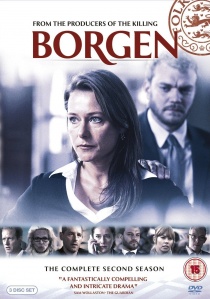 Arrow Films' Nordic Noir label is pleased to confirm that the highly anticipated second season of the BAFTA award winning Danish political drama, Borgen, will be released as a DVD & Blu-ray box set on 4th February 2013. One of breakout series of 2012, Borgen achieved record-breaking ratings for a Nordic series debut when it first aired on BBC4 back in January 2012.

The Series 1 box-set release was featured in numerous end-of-year "Best Of" polls, with the Daily Telegraph's Patrick Smith hailing Borgen as his favourite show of the 2012. Borgen won the prestigious "Best International Award" at the 2012 BaftAs.

In Season 1, we met Birgitte Nyborg (Sidse Babett Knudsen), a brilliant politician who becomes Denmark's first ever female prime minister. We followed her through the early stages of her leadership, as she juggles the high demands of her profession with her personal life.

As Season 2 begins, Birgitte has been in power for two years, years that have severely taken their toll on her private life. She must now balance her role of PM with that of divorcée and single-mother. Politically, she has succeeded in earning the respect of both her political allies as well as her enemies, but tensions between the parties are mounting.

Denmark's participation in international wars, along with certain central domestic policy issues, has generated friction through parliament. Birgitte increasingly finds herself having to make more and more shaky compromises to keep the country together.

We welcome back journalist Katrine Fønsmark (Birgitte Hjort Sorensen) who, having moved from being a TV news presenter to tabloid newspaper reporter at Ekspres, finds herself being morally and ethically challenged by a ruthless editor-in-chief. Meanwhile, Kasper Juul (Pilou Asbæk), who continues to work as Birgitte's spin doctor, struggles to suppress his inner demons as his past threatens to intrude on his relationship with new girlfriend, Lotte.

Such has been the impact of Borgen in the UK, the show is regularly referred to in UK parliament and used as an example when discussing world, EU Politics, as well as our own coalition government.

Hailed as Denmark's answer to the West Wing, Borgen works on many different levels - it appeals to straight-laced Drama fans, foreign language television enthusiasts and those with a political interest alike. Laced with the same intelligence, depth and commitment as The Killing, Borgen richly rewards those willing to look a little further afield to get their TV fix. 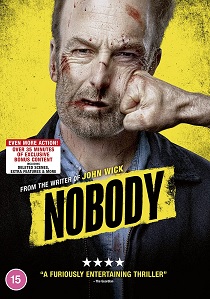 In Nobody, released on DVD, Blu-ray and 4K UHD 13th September 2021 from Warner Home Video, a bystander who intervenes to help a woman being harassed by a group of men becomes the target of a vengeful drug lord.