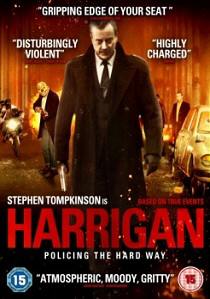 In a small northern town in 1974 law and order has broken down and the community seems to falling apart. Their only hope is DS Barry Harrigan, just returned from duty in Hong Kong and rejoining the local police force. He realizes that crime is spreading like a disease and he must face up to the gangs terrorising the local community. When he discovers that his friend has been brutally murdered his battle for justice becomes very personal.