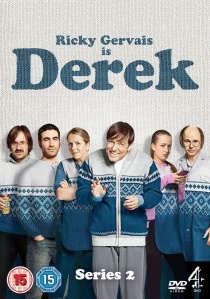 Series two of Ricky Gervais' award-winning comedy drama Derek, and a box set including both series, will be available to own on DVD from 17th November 2014 courtesy of Channel 4 DVD.

In a role that saw him nominated for Outstanding Lead Actor in a Comedy Series at this year's Emmys, Ricky Gervais returns as Derek Noakes - a sincere, sweet natured individual who loves animals and has a heart of gold.

Not only are the old gang back, but there's some new elderly tenants who've since joined the home. Derek's dad moves in, but far from being a sweet old man, he's got whisky in his back pocket and too much lead in his front one. Wayward youth Vicky is now working there full-time and providing the residents with 'free' slippers - no questions asked. Kevin is still drunk. Dougie is still grumpy. Hannah is still the salt of the earth. And Derek is still spreading kindness wherever he goes.

Ricky Gervais said "I was blown away by the affection for this series from around the world, particularly the emotional connection it seemed to make with people. I hope they will watch again and enjoy the reams of the most ridiculous outtakes I've ever been a part of."

Revisit the quirky characters and bittersweet moments from every episode when Derek Series two and the Series one & two box set come to DVD on 17th November 2014. 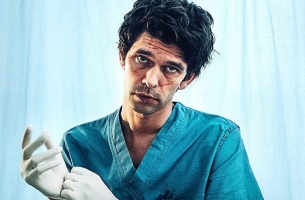