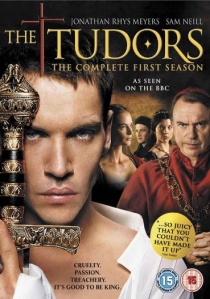 Britain's bloodthirsty and lusty past is bought to life as never before! Telling the tale of the tumultuous early years of the reign of young Henry VIII, The Tudors is coming to DVD on 10th December 2007, courtesy of Sony Pictures Home Entertainment.

This compelling, big budget, Emmy-nominated drama, from the creator of the Oscar-winning Elizabeth, is currently airing on prime time BBC2, and is set to be released on DVD immediately after the finale airs.

The Tudors - Season One - released as a three-disc DVD box set - is a sexy romp through history, showing the young King Henry as never before - passionate, intriguing and romantic - and covers the years leading up to the King's first divorce in order to marry the bewitching Anne Boleyn. 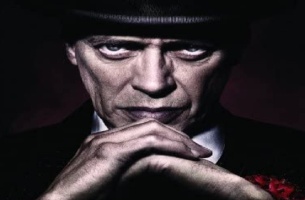 HotDVDBDTVBoxset
Prepare yourself for even more back-stabbing criminality and debauched scheming as The critically acclaimed, crime epic Boardwalk Empire: The Complete Second Season will be released on Blu-ray and DVD on 3rd September 2012, from HBO Home Entertainment. END_OF_DOCUMENT_TOKEN_TO_BE_REPLACED
Comments
BD Releases News Pick