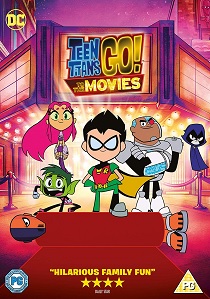 It seems to the Teens that all the major superheroes out there are starring in their own movies-everyone but the Teen Titans, that is! But de facto leader Robin is determined to remedy the situation, and be seen as a star instead of a sidekick. If only they could get the hottest Hollywood film director to notice them.

With a few madcap ideas and a song in their heart, the Teen Titans head to Tinsel Town, certain to pull off their dream. But when the group is radically misdirected by a seriously Super-Villain and his maniacal plan to take over the Earth, things really go awry. The team finds their friendship and their fighting spirit failing, putting the very fate of the Teen Titans themselves on the line!

The film is directed by Peter Rida Michail and Aaron Horvath, from a screenplay by Michael Jelenic & Horvath, based on characters from DC. Jelenic, Horvath, Arnett, Michail and Peggy Regan are producing, with Sam Register serving as executive producer. Apart from Arnett, all are Teen Titans GO! series contributors. 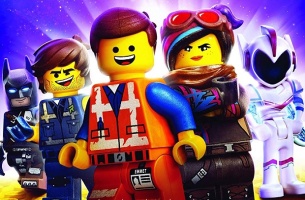 HotDVDBD3D-BDUHD
The much-anticipated sequel to the critically acclaimed, global box office phenomenon that started it all, The LEGO® Movie 2, released 3rd June 12019 on DVD, Blu-ray, 3D Blu-ray and 4K UHD, reunites the heroes of Bricksburg in an all new action-packed adventure ... END_OF_DOCUMENT_TOKEN_TO_BE_REPLACED
Comments
Hot Pick

HotDVDBDTV
DCI Tom Brannick returns, as the murder of a crooked accountant unravels a trail of greed that threatens to expose the true identity of the legendary assassin, codenamed, Goliath in Bloodlands: Series 2 released on DVD and Blu-ray 14th November 2022 from Dazzler Media. END_OF_DOCUMENT_TOKEN_TO_BE_REPLACED
Top PicksView