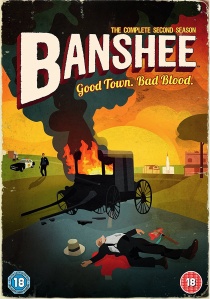 Returning for a new and exciting second season the sexy, action-packed thriller Banshee is back - with more twists and turns than ever. From executive producer Alan Ball, award-winning creator of True Blood, the second season of Banshee will be released on Blu-ray and DVD on 26th January 2015, packed full of bonus content including deleted scenes and audio commentaries. Season 2 is also now available to own and watch instantly via blinkbox courtesy of HBO Home Entertainment.

Winner of the 2013 Primetime Emmy® Award for Outstanding Special Effects, the critically acclaimed Banshee boasts high-octane action and gripping plotlines, and was also the first script to be wholly created in-house.

Season 2 of the Cinemax action-drama continues to follow Lucas Hood (Anthony Starr; Outrageous Fortune, Without a Paddle), an ex-convict turned pseudo-sheriff of the rural Amish town, Banshee. The new season opens immediately where the Season 1 finale left off. Rabbit (Ben Cross; Star Trek, Chariots of Fire), Carrie's father and the gang kingpin, was left for dead after a climactic warehouse shootout. The exposed Carrie (Ivana Milicevic; Casino Royale, Paycheck) is now torn between her devotion to her family and her connection to Lucas, who had given himself up in order to save her years earlier.

The second season finds Lucas, having escaped detection after being interrogated by FBI agent Jim Racine (guest star Zeljko Ivanek; Argo, In Bruges), with his hands fuller than ever as sheriff. Among other things he is dealing with the murder of a Kinaho tribe girl, the continuing escalation of tensions between Amish overlord Kai Proctor (Ulrich Thomsen; Festen, The Thing) and Kinaho tribe leader Alex Longshadow (Anthony Ruivivar; Tropic Thunder, Third Watch), and the unwelcome appearance of a surprise visitor: the reprobate son of the real (and dead) Lucas Hood.

Banshee: The Complete Second Season is out on DVD and Blu-ray from 26th January 2015, courtesy of HBO Home Entertainment and is available to own and watch instantly via blinkbox now. 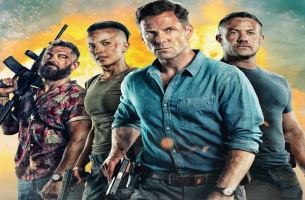