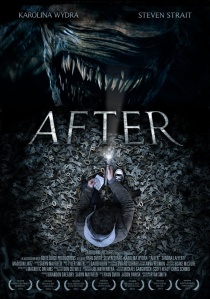 After, released on DVD by Matchbox Films on 26th May 2014, is Ryan Smith's Twilight Zone-esque tale of lost souls in an abandoned town. Utilising such simple, romantic themes as the power of imagination, Smith creates an atmospheric world that is both eerie and fascinating.

Ana (Karolina Wydra) and Freddy (Steven Strait) meet on a dark bus ride back to their home town, although oddly enough, neither seems to know who the other is. Their meeting is cut brief when the bus crashes, and the two suddenly appear in their town, which is now completely empty. Scarier still, a monstrous cloud ring is evidently swallowing the area, closing in on the protagonists slowly but surely. If they're to survive this supernatural ordeal, they'll have to figure out just what the hell is going on first.

Are they dead? In an alternate dimension? Is it all a dream? Or perhaps some combination of each scenario?

That's the guiding force behind After, which takes its time developing the mystery and the relationship between Ana and Freddy, who eventually forge a rather sweet, believable bond as they search for answers. As the couple scavenge houses and attempt to find a way out of the town, they learn that they aren't alone.

Related Articles
Undiscovered, The Covenant
A Score to Settle
The Hunger Games: Catching Fire, The Hunger Games
Where The Devil Hides, Willy's Wonderland
For your consideration 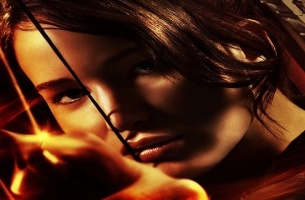