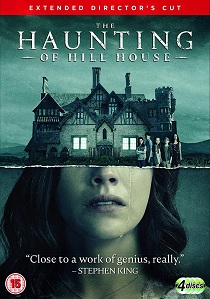 The Haunting of Hill House is the critically acclaimed, modern reimagining of Shirley Jackson's legendary novel about five siblings who grew up in the most famous haunted house in America.

Now adults, they're reunited by the suicide of their youngest sister, which forces them to finally confront the ghosts of their pasts... some of which lurk in their minds... and some of which may really be lurking in the shadows of the iconic Hill House.

Related Articles
The Ottoman Lieutenant, The Age of Adaline, Wild, The Guernsey Literary And Potato Peel Pie Society, The Invitation, Angela Black
The Space Between Us, San Andreas, Wayward Pines, I Melt With You, Mr. Popper's Penguins, Sucker Punch, Night At The Museum, The One: Special Edition, Snake Eyes, Spy Kids
Ouija: Origin of Evil, E.T The Extra-Terrestrial: Special Edition
Ouija: Origin of Evil
Ouija: Origin of Evil, Oculus, Absentia, Doctor Sleep
World Without End, The Raven, What's Your Number?, The Invisible Man, The Haunting of Bly Manor
The Haunting of Bly Manor
For your consideration 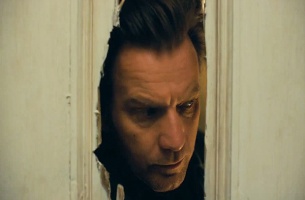 BD
Packed with twists and turns from beginning to end, starring Matt Damon and directed by Academy Award winner Tom McCarthy, Stillwater is available to own on Blu-ray and DVD 6th December 2021 from Universal Pictures (UK). END_OF_DOCUMENT_TOKEN_TO_BE_REPLACED
Top PicksView