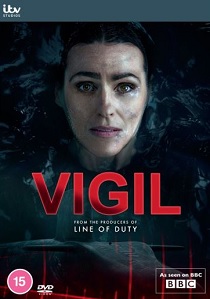 Vigil is the adrenaline-fuelled thriller from the makers of multi-award-winning global hit dramas Bodyguard and Line Of Duty. The mysterious disappearance of a Scottish fishing trawler and a death on board a Trident submarine bring the police into conflict with the Navy as a high-stakes conspiracy threatens the very heart of Britain's nuclear deterrent.

When two seemingly unrelated events - the disappearance of a fish trawler and a death aboard a nuclear submarine - bring the police into direct conflict with the Navy and British security services, DCI Amy Silva (Suranne Jones) is tasked with heading an investigation both on land and at sea.

Thrown into this highly charged situation, the brilliant but fragile Silva finds her authority increasingly weakened by the forces at play around her, all the while navigating her own personal trauma and loss. This timely thriller reveals a shadowy world where tomorrow's geopolitical struggles are already being played out in the pitch-black waters of the Atlantic. 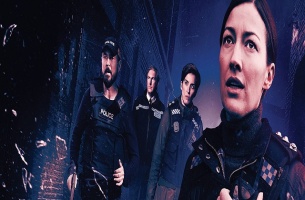 HotDVDBDDIGITALTV
Arriving on DVD and Blu-ray 31st May 2021 from Acorn Media (UK), the hit police corruption drama from the makers of Bodyguard returns as Series Six of Line of Duty sees AC-12 facing their most enigmatic adversary so far. END_OF_DOCUMENT_TOKEN_TO_BE_REPLACED
Comments
DVD Releases News Pick

DVD
For the first time in the cinematic history of Spider-Man, our friendly neighborhood hero's identity is revealed in Spider-Man: No Way Home, released on DVD, Blu-ray and 4K UHD 4th April 2022 from Sony Pictures Home ... END_OF_DOCUMENT_TOKEN_TO_BE_REPLACED
Top PicksView