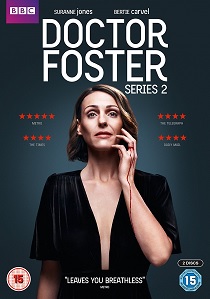 Doctor Foster, the award-winning ratings hit that got everyone talking returns for the dramatic next chapter in Gemma's story.

Life appears to be going well for the talented doctor and son Tom after the turmoil that followed her discovery of husband Simon's betrayal. After her divorce, Gemma has attempted to leave what happened behind, but can you ever really move on from your ex - especially when a child is involved? Gemma's life is further complicated with sexual tensions, destructive obsessions and the need to create stability for her now teenage son.

Dark, adult, and psychologically raw, Series 2 is packed with gripping drama, explosive twists and turns, and sees Gemma going further than she ever has before to protect the people she loves.