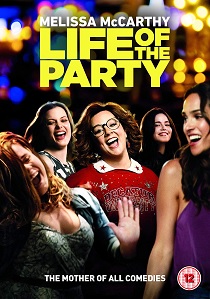 NewsComedy
News Article Go back to homepage
In Life of the Party, released on DVD 17th September 2018 from Warner Home Video, when her husband suddenly dumps her, longtime dedicated housewife Deanna turns regret into re-set by going back to college... landing in the same class and school as her daughter, who's not entirely sold on the idea.
Melissa McCarthy, Gillian Jacobs, Maya Rudolph, Julie Bowen, Molly Gordon, Matt Walsh, Stephen Root, Jessie Ennis, Jimmy O. Yang
Ben Falcone
Chris Henchy
Warner Home Video
1 hour 34 minutes
17/09/2018
#LifeOfTheParty
Thank you for supporting DVD365.net when you order using the link(s) below. As an Amazon Associate we earn from qualifying purchases
Buy DVD
Information

When her husband suddenly dumps her, longtime dedicated housewife Deanna (McCarthy) turns regret into re-set by going back to college... landing in the same class and school as her daughter, who's not entirely sold on the idea. Plunging headlong into the campus experience, the increasingly outspoken Deanna-now Dee Rock-embraces freedom, fun and frat boys on her own terms, finding her true self in a senior year no one ever expected.

McCarthy and Falcone co-wrote the screenplay and produce through their production company, On the Day Production. Chris Henchy is also producing the film, with David Siegel serving as executive producer.

Life of the Party is released on DVD 17th September 2018 from Warner Home Video. 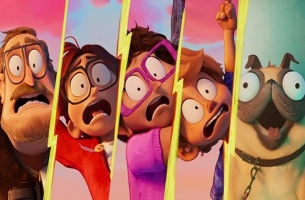 The Mitchells Vs The Machines

HotDVDBD
From Phil Lord and Chris Miller, the Academy Award® winning producers of Spider-Man: Into the Spider-Verse, comes the hilarious family film The Mitchells Vs The Machines available on Blu-ray and DVD from 14th December 2021 courtesy of Sony Pictures Home Entertainment. END_OF_DOCUMENT_TOKEN_TO_BE_REPLACED
Comments
Hot Pick