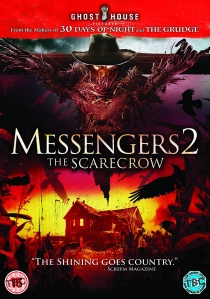 Icon Home Entertainment is pleased to announce the DVD premiere Messengers 2: The Scarecrow - the long-awaited follow-up to the $55 million world-wide box office horror smash hit The Messengers. The film will be released on DVD on 21st September 2009.

Hailed by Screem magazine as The Shining Goes Country, the prequel to the 'The Messengers' goes back to the farm to finally learn the story of John Rollins -- the simple North Dakota farmer, struggling to save his farm and hold his family together (the first film starred Twilight's Kristen Stewart). When Rollins places a mysterious scarecrow in his field, his luck changes for the better... but it may be at the cost of his sanity. A horrific curse is soon cast upon the farm. The scarecrow comes to life and goes on a rampage killing everyone who gets in its way. 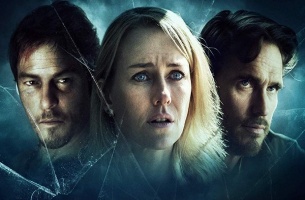 UHD
A decade-defining classic from the imagination of Steven Spielberg and Chris Columbus, celebrating its 35 year anniversary, The Goonies is released on 4K UHD 31st August 2020 from Warner Home Video. END_OF_DOCUMENT_TOKEN_TO_BE_REPLACED
Top PicksView