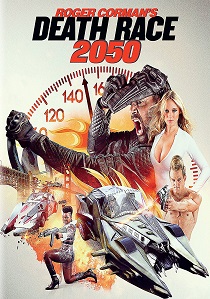 The highly anticipated reboot of the cult classic Death Race 2000, the Universal 1440 Entertainment original production straps viewers into the driver's seat of the ultimate auto showdown, a blood-splattered no-holds-barred virtual-reality show that gleefully pits hardened road warriors against each other - and their audience. Exclusive bonus features reveal how filmmakers transformed the deadliest competition on wheels into a hair-raising, savagely funny game of life or death.

Legendary filmmaking icon, Roger Corman, is back with his most outrageous film yet in this sensational, action-packed and darkly humorous reboot of the original Death Race 2000! It's the year 2050 and America is controlled by an all-powerful corporate government ruled by The Chairman (Malcolm McDowell). The masses have been brainwashed with violent virtual-reality entertainment. The event of the year is the Death Race, in which a motley crew of violent drivers compete in a cross-country road race, scoring points for shamelessly running people over and driving each other off the road. The reigning champion and fan favourite, Frankenstein (Manu Bennett), who's half-man half-machine, wants to take the crown, but his rebel spy co-pilot threatens his legacy. 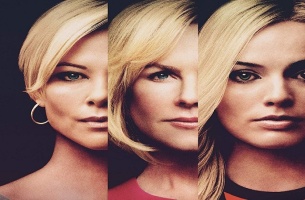 HotDVDBD
Starring Charlize Theron,Nicole Kidman, John Lithgow and Margot Robbie, based on the real scandal, Bombshell, released on DVD and Blu-ray 18th May 2020 from Lionsgate Home Entertainment, is a revealing look inside the most powerful and controversial media empire of all time ... END_OF_DOCUMENT_TOKEN_TO_BE_REPLACED
Comments
DVD Releases News Pick