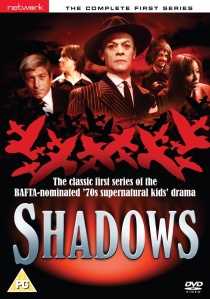 Atmospheric, superbly scripted and filled with the unexpected, between 1975 and 1978 Shadows offered psychological and supernatural tales in which characters typically found themselves plunged into strange alternative realities, or encountering ghostly figures from the past - the young protagonists' otherworldly experiences often playing upon common teenage fears and preoccupations.

Among the contributors for this first series were novelist and playwright J.B. Priestley, who co-wrote 'The Other Window' with his third wife, archaeologist Jacquetta Hawkes, Roger Marshall (Public Eye) and Ace of Wands creator Trevor Preston, who revived the character of magician Mr. Stabs for 'Dutch Schlitz's Shoes'. 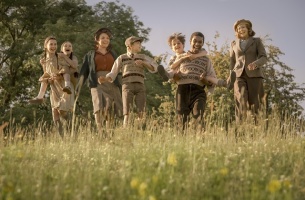 HotDVDBD
Inspired by one of the most beloved British family films of all time, coming to DVD and Blu-ray 3rd October 2022 from StudioCanal, The Railway Children Return is an enchanting, moving and heart-warming adventure for a new generation. END_OF_DOCUMENT_TOKEN_TO_BE_REPLACED
Comments
DVD Releases News Pick