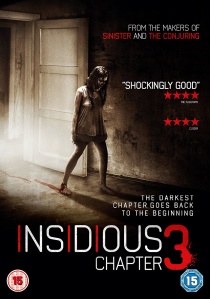 From the makers of Saw, Sinister and The Conjuring comes the third chapter of this terrifying series. Exploring the earlier experiences of psychic Elise (Lin Shaye), Insidious: Chapter 3 is a genuinely scary thrill-ride with a chilling atmosphere and jump-out-of-your-seat scares.

When teenager Quinn Brenner (Stefanie Scott; Wreck It Ralph, No Strings Attached) senses that her late mother is trying to contact her, she seeks help from gifted psychic Elise Rainier (Lin Shaye; Insidious, A Nightmare on Elm Street, There's Something About Mary).

However, Elise's tragic past makes her reluctant to use her abilities. After Quinn is attacked by a malevolent entity, her father (Dermot Mulroney; The Grey, Stoker, TV's Shameless) pleads with Elise for help. With support from two parapsychologists, Elise ventures deep into The Further -- where she finds a powerful demon with an insatiable craving for human souls.

Insidious: Chapter 3 is released on DVD and Blu-ray on 12th October 2015 courtesy of Entertainment One. 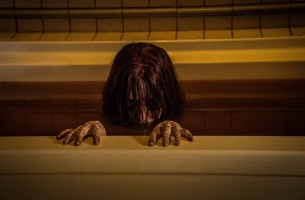