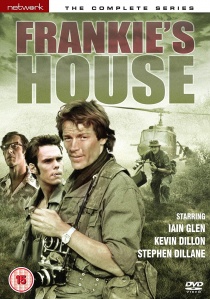 BAFTA-winning TV drama Frankie's House, starring Iain Glen (Resident Evil) and Kevin Dillon (Entourage) will be released by Network for the first time on DVD in the UK on 23rd June 2008. Based on the 1989 autobiography Page after Page by photo-journalist Tim Page and directed by Australian maverick Peter Fisk, this TV drama follows the story of a group of young, passionate and larger-than-life photographers who meet in Saigon and work together on covering the Vietnam War.

Tim Page was all but 19 years of age when he was sent to Vietnam. Plunged into war-torn Saigon and experiencing the daily devastation, human loss and brutality had a profound effect on the rookie photographer resulting in his compelling account. A particularly unique and close bond is formed between him and combat photographer Sean Flynn (Kevin Dillon), son of movie icon Erroll Flynn.

With the bravado and recklessness associated with youth they relish the risk-taking shunned by their older, more world-weary colleagues. Revelling in the adrenaline rush that their unruliness and youthful exuberance brings, life is one big wild, exhilarating and scary party. All the while, physical comforts were on offer at the eponymous Frankie's House: a brothel where drugs and sex are available in abundance...

This outstanding and impressive four-part ITV drama based on a true story is an unflinching, uncompromising gaze into the horror and futility of war as well as male camaraderie in dire circumstances. 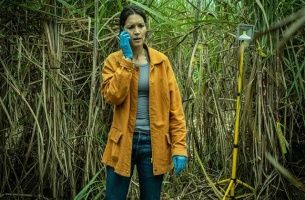