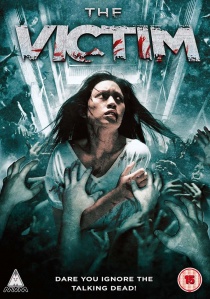 When aspiring young actress, Ting, is approached by the Bangkok police department's Lieutenant Teerasak Kedkaew and invited to play a variety of mugging, murder and rape victims in a series of "Crimewatch"-style re-enactments, she jumps at the chance. Her immediate success soon leads to further work with Lt. Te's colleagues at other police stations around the city and, ultimately, to a role in a TV soap opera.

But the role Ting really wants is that of Meen, a former Miss Thailand contestant-turned-actress and the victim in a high-profile murder case in which Meen's husband, Jarun, stands accused. Shortly before the filming of the police re-enactments relating to the case begins, the female officer scheduled to play Meen dies unexpectedly from a severe heart attack, despite being young and apparently healthy. Reluctantly, Lt. Te offers the part to Ting, who immediately begins studying TV footage of the dead model-actress in order to get into character.

As she gets deeper into the role, Ting experiences what she can only describe as a supernatural connection to Meen and one that leads her to believe Jarun is not the murderer. Determined to solve the mystery, Meen begins her own investigation into the crime only to discover the worlds of reality, fantasy, the supernatural and the media colliding in the most unexpected and terrifying ways imaginable.