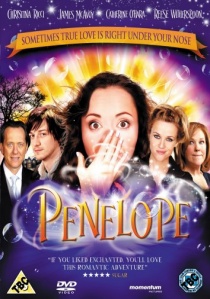 In a society obsessed with looks, Penelope is a wonderfully entertaining, magical modern-day fairy tale where insecurities and prejudice are triumphantly overcome. Set for rental release on 26th May 2008 and retail release on 23rd June 2008 by Momentum Pictures, it is a contemporary spin on the traditional fairy tale features a heroine who learns to love and value herself for what she is rather than how she looks, a message that will resonate with all young girls.

In today's celebrity obsessed society, Penelope's poignant story provides a refreshing and highly entertaining alternative to the norm. Here you'll be transported into another world where true love triumphs and where the audience cannot fail but relate to the themes and values of the film, as they luxuriate in a love story that transcends ignorance and intolerance, and celebrates individuality and perseverance.

In the wonderful modern-day fairytale, Christina Ricci stars as Penelope, a beautiful young girl with an extraordinary curse. Hidden away from the world in her family's majestic home, Penelope dreams of breaking free of the enchantment - but true love is hard to find when young men run away screaming. That is, until she meets Max (James McAvoy), a down-on-his-luck musician and Anne (Reese Witherspoon), a free-spirited rock-chick, who encourages her to come out of hiding and find her true self. Penelope soon discovers that sometimes what you're looking for can be right under your nose... 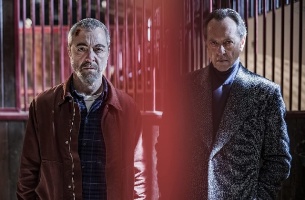 HotDVDBDDIGITALTV
Veteran detective Danny Frater is called to a hospital mortuary to identify a corpse only to find it is his estranged daughter in Suspect, released on DVD and Blu-ray 4th July 2022 from Dazzler Media. END_OF_DOCUMENT_TOKEN_TO_BE_REPLACED
Comments
Hot Pick

HotUHD
One of the most outrageous and beloved holiday comedies of all time, Steve Martin and John Candy star in director John Hughes' hysterical and heartwarming tale of travel gone awry in Planes, Trains and Automobiles, released on 4K UHD 21st November 2022 from ... END_OF_DOCUMENT_TOKEN_TO_BE_REPLACED
Top PicksView