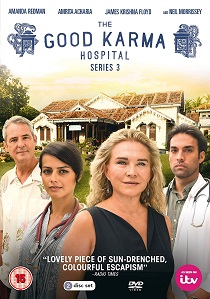 The close-knit, hardworking team at the run down, but resourceful medical centre in the tropical Indian coastal town, led by the formidable Dr Lydia Fonseca (Amanda Redman - New Tricks), and junior doctor Ruby Walker (Amrita Acharia - Game of Thrones), must face their most shocking case yet when one of their own team is injured in a vicious acid attack. Meanwhile, Ruby's simmering relationship with Dr Gabriel Varma (James Krishna Floyd - Of Kings and Prophets) must contend with the arrival of Dr Aisha Ray (Priyanka Bose - Lion), a glamorous older surgeon from Gabriel's past who sweeps into town on the miracle train, which provides life-saving surgeries with the latest equipment.

Lydia's boyfriend Greg (Neil Morrissey - Line of Duty) has his life turned upside down when his whirlwind daughter Tommy (Scarlett Alice Johnson - Eastenders) blows into town out of the blue, forcing him to reconnect with his past. But when a surprise illness strikes, no beloved character is safe. Could it be the end for one our favourites?

Series three also introduces us to a visiting Brit, Ted Dalrymple (Kenneth Cranham - Hatton Garden), an older man on a mission to find a love from his past. As Ruby manages his deteriorating health, she aids him on his quest. While the medics continue to face professional and personal challenges, their dedication to the hospital and their patients never falters, even as they're pushed to their very limits.

Check in to The Good Karma Hospital - on the doctor's orders. 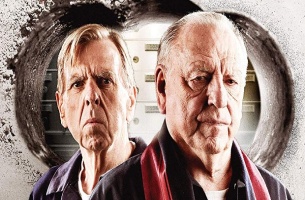 HotDVDTV
It was one of the biggest heists in British history. Back in April 2015, a group of elderly thieves stole millions of pounds worth of valuables from London's jewellery district - and now their story is told in The Hatton Garden Heist, released on DVD 10th June 2019 from ITV ... END_OF_DOCUMENT_TOKEN_TO_BE_REPLACED
Comments
BD Releases News Pick

BD
Finding praise from critics around the world, Boyhood, following the life of Mason, from early childhood to his arrival at college, is released on Blu-ray and 4K UHD 27th March 2023 from Arrow Films. END_OF_DOCUMENT_TOKEN_TO_BE_REPLACED
Top PicksView