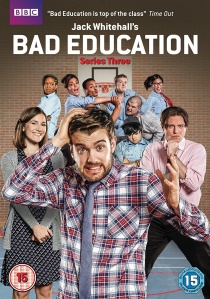 It's summer term at Abbey Grove and Alfie Wickers (Jack Whitehall) is back, however this term is going to be a challenge. Exams are looming and it's time for Alfie to finally knuckle down and start teaching his class, but the path to A*s never did run smooth. The staff room isn't going to be any easier than the class room. Alfie's dad Martin Wickers (Harry Enfield) has been appointed as the new deputy head and despite his protestations that their relationship won't affect the work place, his stories of Alfie wetting himself on his 18th Birthday mean it is all beyond cringe for Alfie.

Meanwhile, things are looking rosy between Alfie and Miss Gulliver (Sarah Solemani) until their relationship is put to the test by a teachers' strike brought on by Fraser (Mathew Horne) badly investing the school's money in his own clothing range, Dolce and Gabanter.

Thrown into the mix is an evening of after school clubs which see Alfie LARPing for the first time, a furiously competitive sports day, a joyride in an ambulance with school bully Grayson, Alfie and his class trying to cheat their way through a Biology exam and the end of term Prom with a shock result for the Prom King and Queen.

Series 3 of Bad Education is released on DVD by BBC Worldwide on 31st August 2015. A box-set of all three series is also available to buy on the same day. 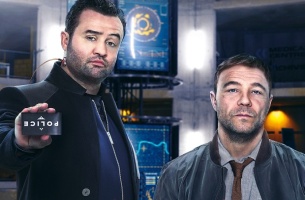