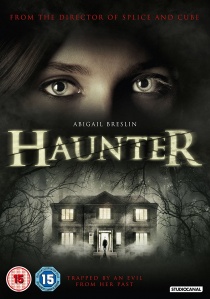 Guaranteed to send shivers down your spine, starring Abigail Breslin (Ender's Game; Zombieland) and directed by Vincenzo Natali (Splice; Cube; Hannibal TV Series), the chilling paranormal horror with a twist, Haunter is released on DVD and Blu-ray on 14th July 2014, courtesy of StudioCanal.

Teenager Lisa Johnson (Abigail Breslin) and her family died in 1986 under sinister circumstances but remain trapped in their house. Unable to move on and tormented by their killer, they must live out their last living day over and over again. Lisa soon discovers that she is trapped in limbo and must fight to free her family from their prison.

Over a period of six 'days', Lisa must reach out from beyond the grave to help her present-day living counterpart, Olivia, avoid the same fate Lisa and her family have suffered.

Haunter offers an unusual, refreshing perspective on the traditional ghost story with captivating results! An entertaining amalgam of The Others, The Conjuring and Groundhog Day, cult director Vincenzo Natali is back on top form with this tightly-wound paranormal horror that utilises the best elements of the subgenre to great effect. Featuring a standout performance from up and comer Abigail Breslin that keeps the tension alive, further lifted by the spine-chilling Stephen McHattie as their venomous killer, Haunter is the must-see addition to your horror collection! 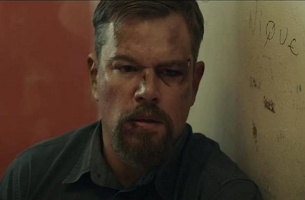