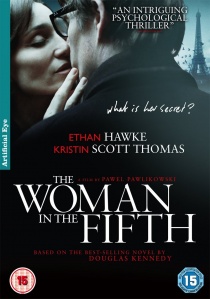 American writer Tom Ricks comes to Paris desperate to put his life together again and win back the love of his estranged wife and daughter. When things don't go according to plan, he ends up in a shady hotel in the suburbs, having to work as a night guard to make ends meet. Then Margit, a beautiful, mysterious stranger walks into his life and things start looking up. Their passionate and intense relationship triggers a string of inexplicable events... as if an obscure power was taking control of his life...

UHD
Based on the global blockbuster videogame franchise from Sega, Sonic The Hedgehog, released on DVD, Blu-ray and 4K UHD from 8th June 2020 from Paramount Home Entertainment, tells the story of the ... END_OF_DOCUMENT_TOKEN_TO_BE_REPLACED
Top PicksView