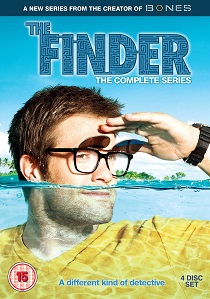 From the creators of the hit TV series Bones comes the hugely entertaining spin off, US crime drama The Finder, which makes its UK home entertainment debut thanks to Mediumrare Entertainment.

An eccentric, reclusive veteran possesses a unique gift for finding people no one else can in The Finder - The Complete Series, on DVD on 27th April 2015.

Set in the Florida Keys, Iraq war hero Walter Sherman (Geoff Stults - Wedding Crashers, She's Out of My League) gained a reputation in the army as being the go-to-guy for tracking down insurgents, deserters and finding improvised explosive devices (IEDs). In an unlucky turn of events one IED found Walter before he could locate it, resulting in severe brain damage that triggers the ability to see connections between seemingly unrelated events, objects or people.

Assisted by his legal adviser, and bar owner Leo Knox, played by the late Michael Clarke Duncan (The Green Mile, Armageddon), Walter is enlisted by Deputy U.S Marshal Isabel Zambada (Mercedes Masohn - Chuck, Quarantine 2: Terminal), a beautiful and focused cop-on-the rise. Thanks to a patchwork of indebted connections and his unusual skill he helps by locating people or items that others have lost - ultimately finding meaning in his own life.

It's time to discover The Finder. 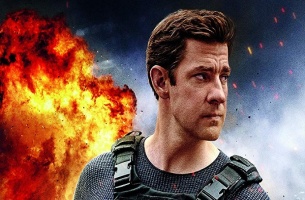