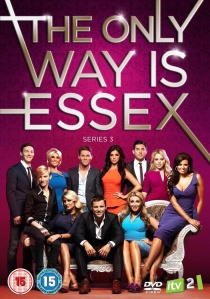 NewsTV SeriesComedyDramaBoxset
News Article Go back to homepage
The TOWIE gang are back when the third series from the hugely popular The Only Way Is Essex is back and out to own on DVD this New Year from 30th January 2012 from 4DVD.
Bobby Cole Norris, Gemma Collins, James Argent, James Bennewith, Chloe Sims, Denise Van Outen
Craig Pickles, Mark McQueen, Graham Proud, Gary Brooks
Daniella Berendsen, Cam de la Huerta, Katie Horbury, Ruth Wrigley
4DVD
Unknown
30/01/2012
Thank you for supporting DVD365.net when you order using the link(s) below. As an Amazon Associate we earn from qualifying purchases
Buy DVD
Information

The TOWIE gang are back when the third series from the hugely popular The Only Way Is Essex is back and out to own on DVD this New Year from 30th January 2012 from 4DVD.

In this series, find out what happens in the aftermath of Lauren and Mark's break-up. With emotions high and tempers wild, are they really finished this time? While Lauren leans on her friends post break-up, discover what happens when Mark vows celibacy for 14 days and 14 nights! But it's not all break-ups... Arg and Lydia have rekindled their romance and are ready to steal their spot as TOWIE's golden couple, but like all TOWIE relationships, an argument is never far away!

Hair whipped to perfection and even tighter trousers, Joey Essex is back and as entertaining as ever in this season with his developing bro-mance with Kirk, or shall we say "jirk!" Other regulars including Harry, Sam, Lucy, Gemma and Chloe are back bringing even more glamour and outrageous comedy.

While Amy Childs may have departed from the show, TOWIE certainly hasn't lost its sparkle. Stepping into her place are vibrant and hilarious new cast members such as, Lucy's new beau Italian stallion, Mario and the muscle bound cheeky Greek twins, Dino and Georgio who provide heaps of ridiculous banter! We are also introduced to Joey's sister, Frankie, as well as Joey's new vintage denim shorts!

TOWIE is must-see, compulsive viewing and series 3 promises to deliver even more fake tan, glamour and drama which will have you glued to the screen! Ahead of the new series coming to screens, catch up with the last series and re-live the whole story from the beginning with series 1, 2 & 3 Box-set which is also out to own from the 30th January 2012.

This is the show where being reem, smelling reem and looking reem isn't just a saying, it's a way of life!

DVD
After more than thirty years of service as one of the Navy's top aviators, Pete 'Maverick' Mitchell is back where he belongs as Top Gun: Maverick flies onto DVD, Blu-ray and 4K UHD 31st October 2022 from Paramount Home ... END_OF_DOCUMENT_TOKEN_TO_BE_REPLACED
Top PicksView 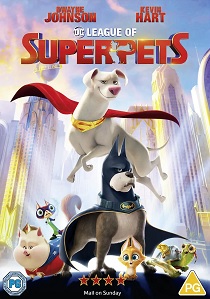