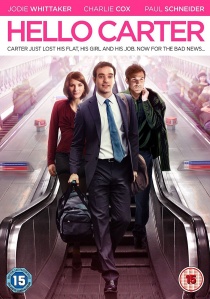 Desperate to get his life back on track, Carter starts by trying to find his elusive ex-girlfriend, Kelly (Annabelle Wallis, X-Men: First Class, Annabelle).

A chance meeting with Kelly's highly-charged brother Aaron (Paul Schneider, Water for Elephants, TV's Parks & Recreation) - provides Carter with the opportunity he has been waiting for... In return for Kelly's new telephone number, Aaron demands a favour of his own which sees Carter sent on a wild goose chase around London, meeting some unlikely accomplices along the way.

But the adventure to rekindle romance shows that the road to happiness can be unpredictable, unconventional - and unbelievably funny!