A winner of awards across the world including Best Foreign Language Film Oscar, 5 BAFTA Awards including Best Actor, Original Screenplay and Score, the Grand Prize of the Jury at the Cannes Film Festival and many more, a celebration of youth, friendship, and the everlasting magic of the movies, Cinema Paradiso is released on Blu-ray as a 25th Anniversary Remastered Edition on 16th December 2013, courtesy of Arrow Films.

Giuseppe Tornatore's loving homage to the cinema tells the story of Salvatore, a successful film director, returning home for the funeral of Alfredo, his old friend who was the projectionist at the local cinema throughout his childhood. Soon memories of his first love affair with the beautiful Elena and all the high and lows that shaped his life come flooding back, as Salvatore reconnects with the community he left 30 years earlier.

Presented in both the original award-winning cut and the expanded Director's Cut incorporating more of Salvatore's backstory, newly restored from original negative materials. 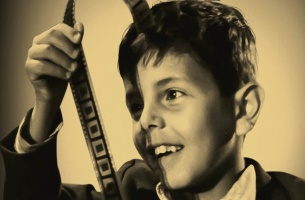 HotBDUHD
A winner of awards across the world including Best Foreign Language Film Oscar, 5 BAFTA Awards including Best Actor, Original Screenplay and Score, the Grand Prize of the Jury at the Cannes Film Festival and many more, Cinema Paradiso is released on Blu-ray and 4K UHD 28th ... END_OF_DOCUMENT_TOKEN_TO_BE_REPLACED
Comments
DVD Releases News Pick

DVD
Two lifelong friends find themselves at an impasse when one abruptly ends their relationship, with alarming consequences for both of them in The Banshees Of Inisherin, released on DVD and Blu-ray 30th January 2023 from Walt ... END_OF_DOCUMENT_TOKEN_TO_BE_REPLACED
Top PicksView